One of the neatest things about our UM website is that people find it. And they contact me. And they have goodies. These pictures come from a rather decrepit but originally lovely photo album which was found in a yard sale in North Carolina some years ago. It belonged to Clara E Umstead, and was given to her by her brother C Howard Umstead, Christmas 1882. The name "Clara" is embossed on the front of the album. The major identifying factor (thank goodness!!!) is the picture of Jacob Umstead and Hannah Hallman which, although this pose is slightly different, is clearly the same couple as the one seen elsewhere this site. See their family page. Clara E Umstead and C(harles) Howard Umstead were their grandchildren, through their son Jacob. The clothing, the quality of the pictures, and the beautiful children are all great to look at.

Unfortunately, very few of the photos were identified, so I can't guarantee that they are all UMs. Below each picture is the name of the photography studio if available. It might be neat to see whether some of these studios still exist and might have old identifying records (hint, hint). Some photos have numbers on the back. 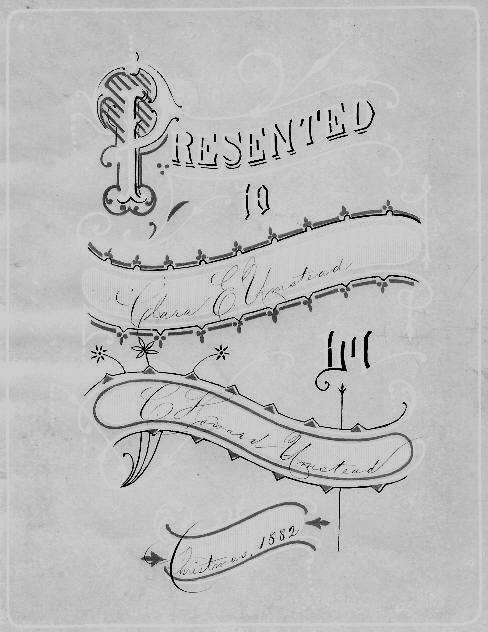 The two center pictures above were taken at the same studio and appear to have been taken the same day, based on the cardboard and border. The city is not given, but probably Philadelphia.