The grave on the left is that of Hannah Umstead, daughter of Richard and Magdalene Tyson Umstead above. Hannah was born about September 16, 1770 and died October 4, 1784. Her stone reads "In Memory of HANNAH UMSTED the daughter of Richard & Magdalene Umsted who departed this life Octo 4 1794 aged 14 years 18 days." Richard, Magdalene, and Hannah are all buried in row 13 according to the Reinford listing.

The grave on the right, MU 1814, we believe to be that of Mary Umstead (Umstate), daughter of Henry and Gertrude (Kuster) Custer Umstead (Umstad). This is based on Mary's will and this grave being in Row 19, the same row as Harman (see below), son of Henry and Gertrude, presumably her brother. There is what appears to be one empty space between them, which may be a grave that no longer has a stone. Some records for both Harman and Mary have been seen with the Umstate spelling. We do not have an exact birth date for Mary, but she was presumably born in the 1740's. Her will of January 4, 1815 would indicate that she was probably unmarried. 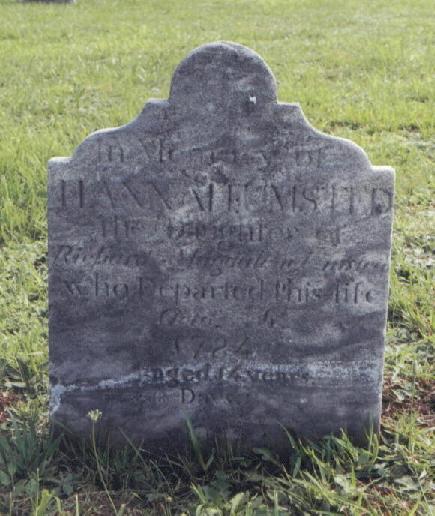 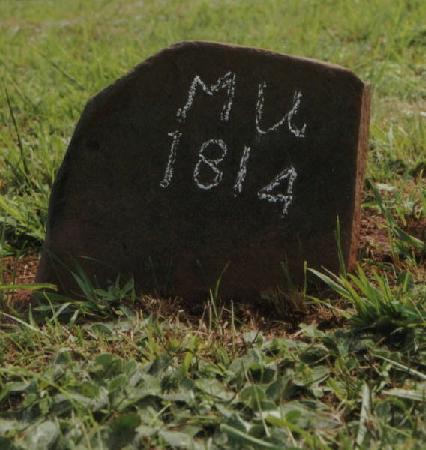 Back to Lower Skippack Cemetery