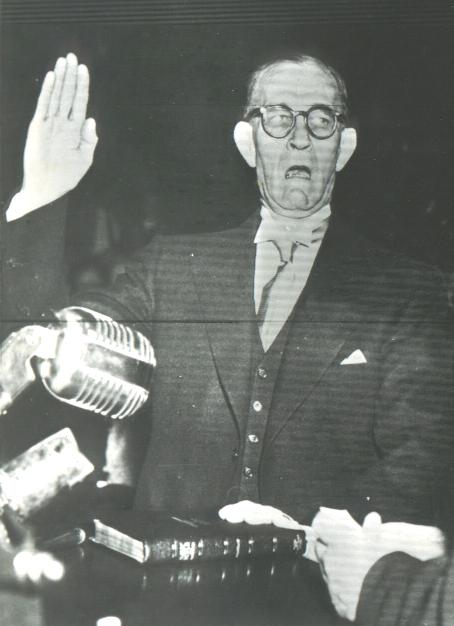 I purchased this photo from an eBay auction for 99 cents plus two dollars shipping and handling. Quite the bargain. This isn't the most flattering picture of our Governor Umstead, but he certainly looks sincere. I've not attempted to obtain permission for use because I believe that the photo was released to the public for sale, but I will remove it from this site upon request of a legitimate copyright holder. I doubt anyone cares after fifty years.

Back to Governor UM main page