This marvelous map comes from Governor Pennypacker's book THE SETTLEMENT OF GERMANTOWN and the Beginning of German Emigration to North America, William J Campbell, Philadelphia, 1899, between pages 278-279. He doesn't say anything about it in the book, only that he had the original. 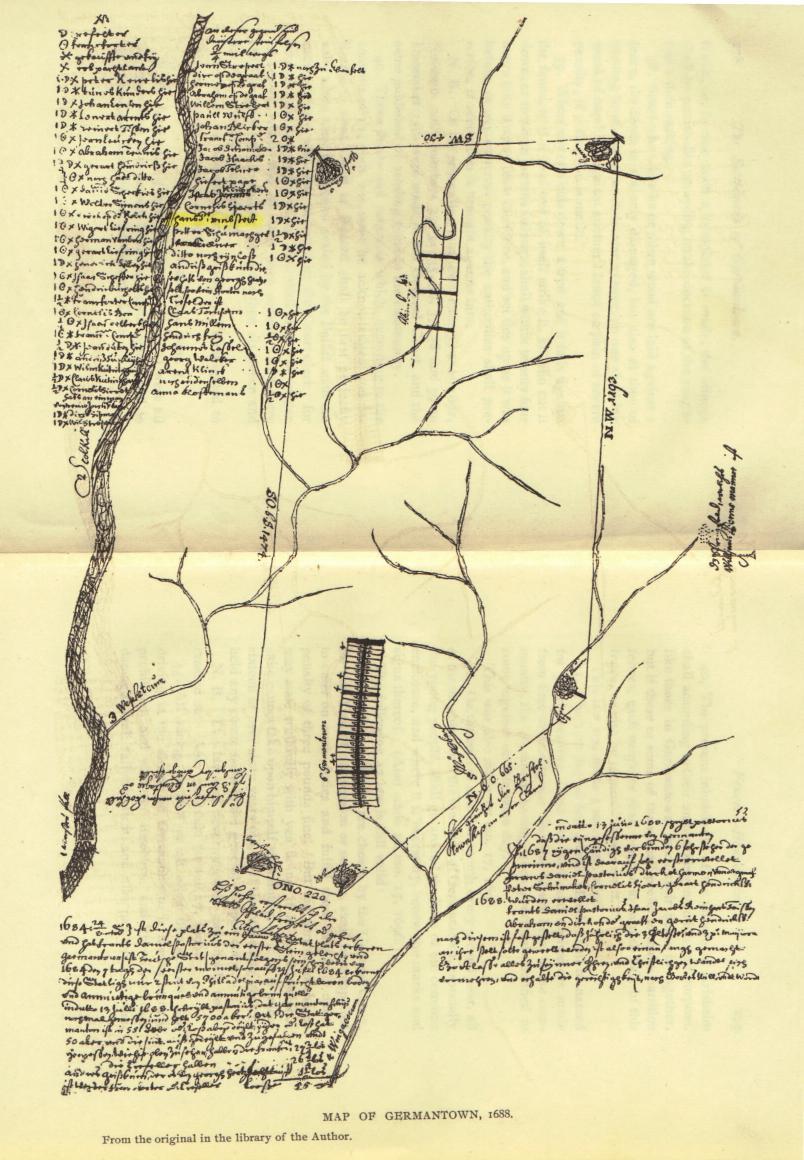 Hans P:r Umbstat's name is highlighted on the list of purchasers. The Frankfurt Company, seven names above Hans Peter, holds two lots, so if you're counting down, Hans Peter's lot should be the 16th lot from the top on the right, which would be the first lot below the second of the three cross streets.

This map appears in several other published accounts of Germantown. Ruth, John L, MAINTAINING THE RIGHT FELLOWSHIP, Studies in Anabatist and Mennonite History, No. 26, Herald Press, Scottdale, PA 15683 and Kitchener, Ontario 1984, shows the bottom half of the map on page 65 with this caption: "Map of Germantown, drawn up for the Frankfurt Company in 1688, five years after the original settlement. Fifty-four lots are shown on both sides of the main road, with four cross streets. (Samuel W Pennypacker, The Settlement of Germantown).

Back to Hans Peter Bibliography