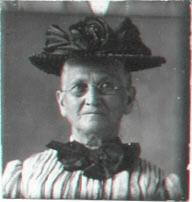 Daughter of Rev James Veazey and granddaughter of Ann Umstead Veazey, daughter of John and Gwenefred/Winefred Umstead of NC.

Submitted by Eleanor Mayfarth, her great-granddaughter.