Barbara Wentz submitted this letter and did the transcription. She has the original. It was written by Samuel Horning to his brother John, a few days after the death of their sister, Catharine "Kitty" Horning Umstead.

Jonas Umstead (John B, Henry B, Johannes), was born 1767, Upper Providence, Philadelphia Co, PA, and died 1833. He married Catharine "Kitty" Horning April 14, 1799, at St James P E Church, Perkiomen, PA. She was born 1774 and died August 18, 1832. Her father: was Michael Horning and her mother was Hannah Roberts. Jonas and Catharine are both buried at Lower Providence Presbyterian Church Cemetery. 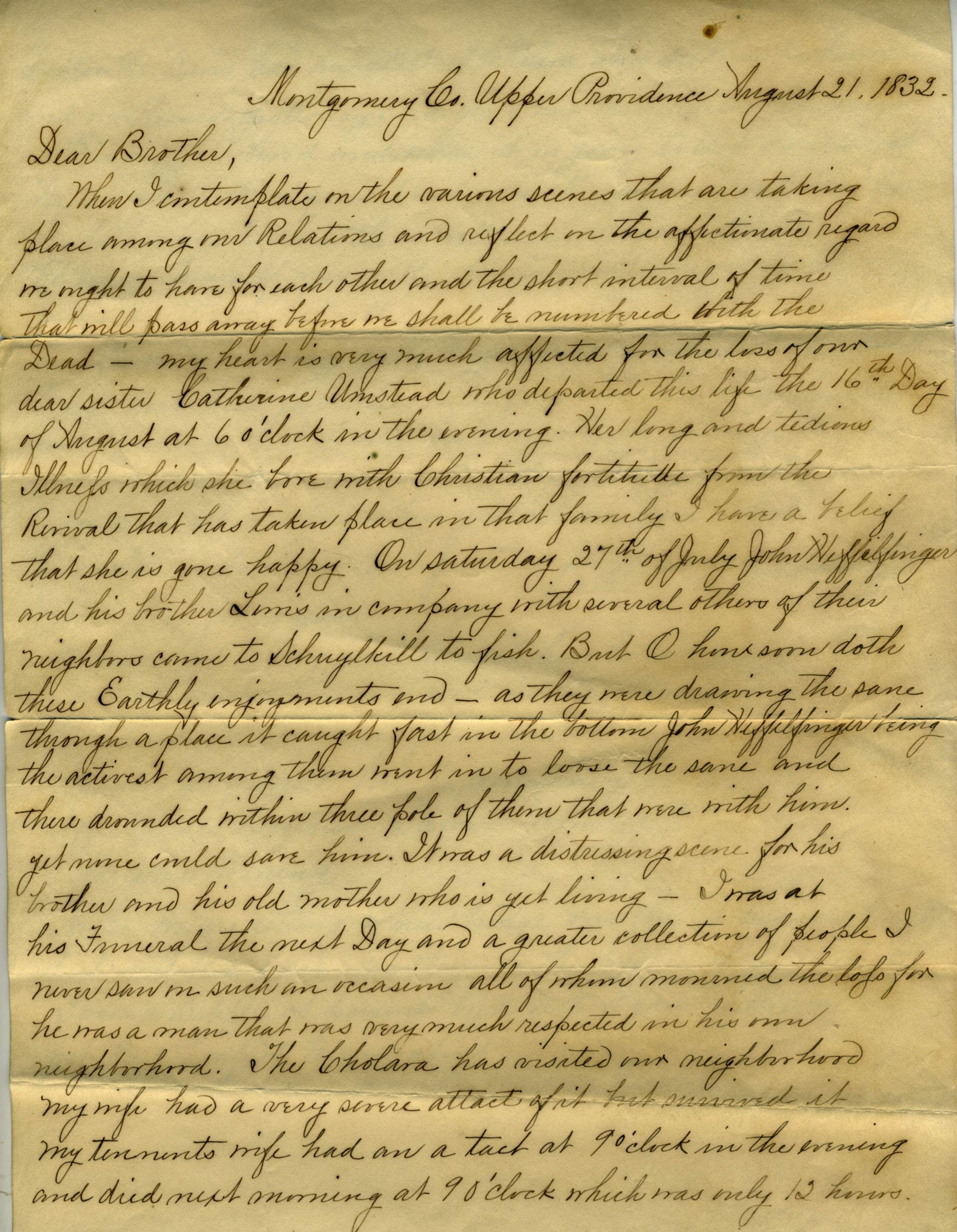 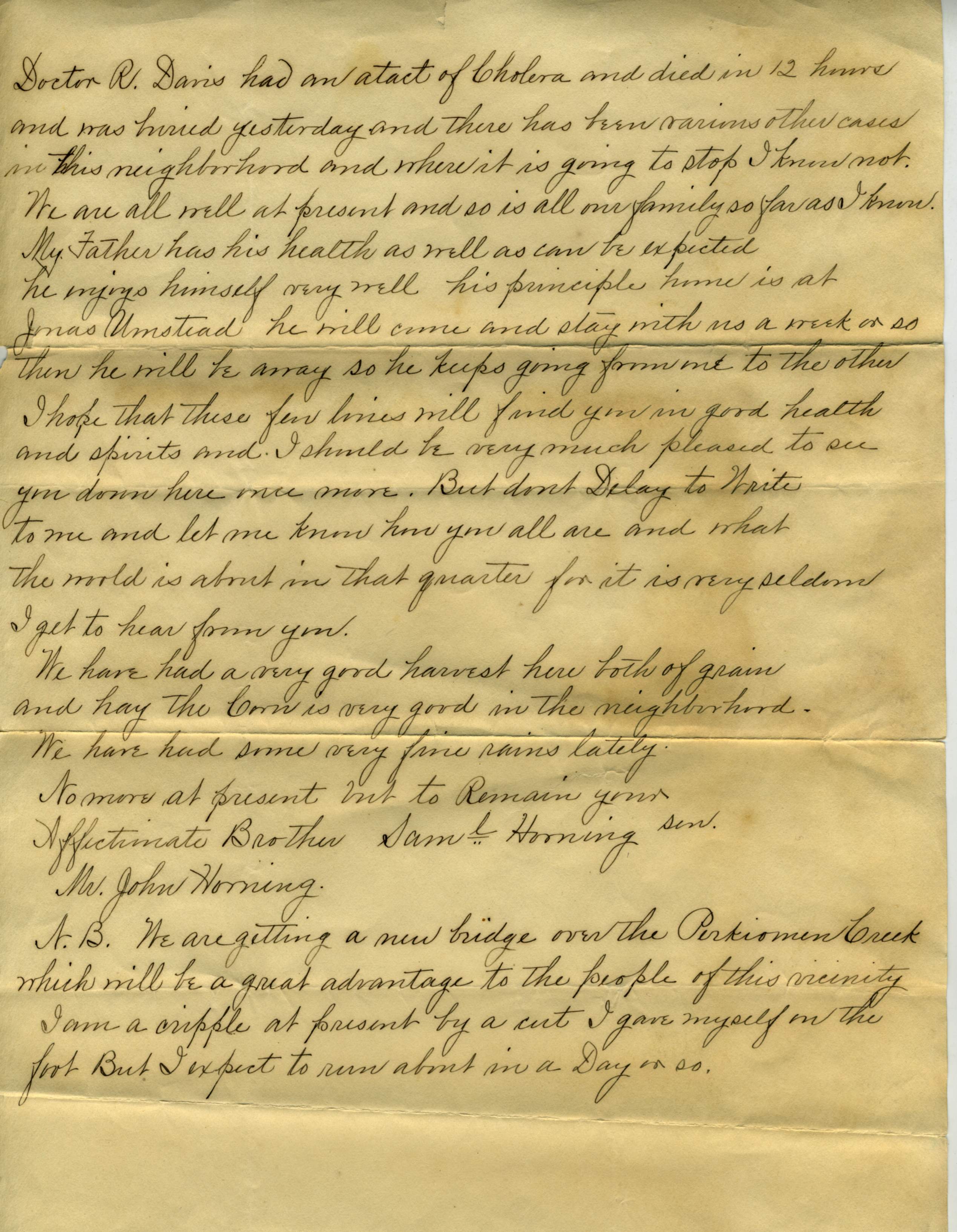